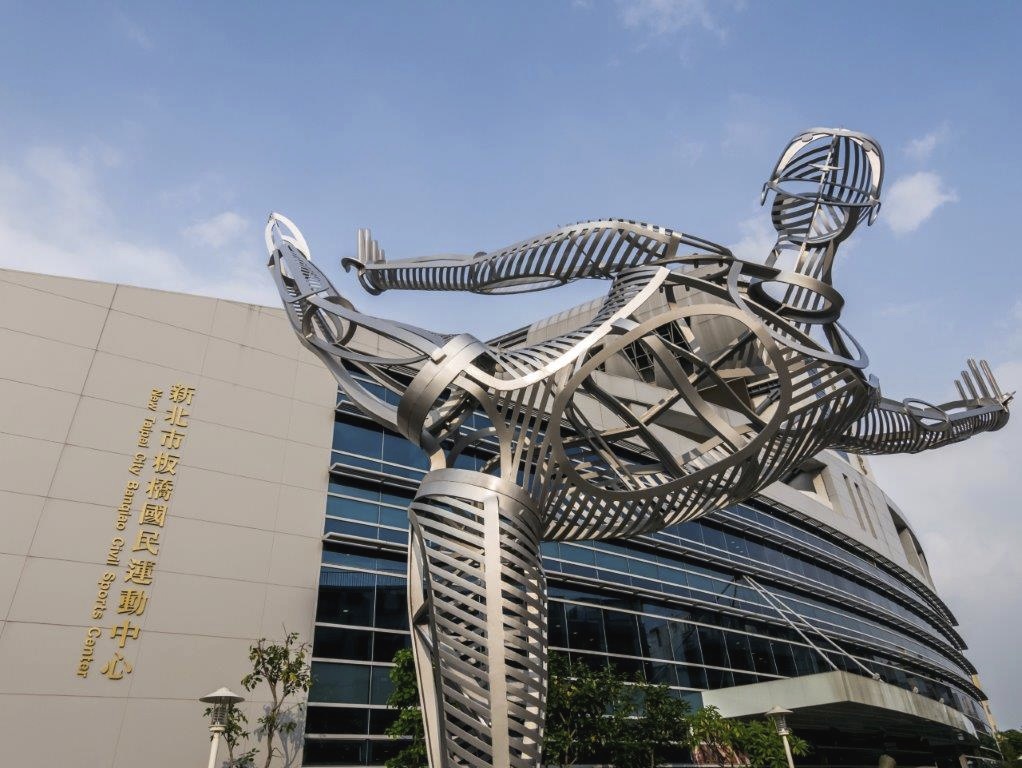 Taiji is understood to be the highest conceivable principle, that from which existence flows. This is very similar to the Daoist idea “reversal is the movement of the Dao”. The “supreme ultimate” creates yang and yin: movement generates yang; when its activity reaches its limit, it becomes tranquil. Through tranquility, the supreme ultimate generates yin. When tranquility has reached its limit, there is a return to movement.

Movement and tranquility, in alternation, become each the source of the other. It is a Chinese internal martial art based on the principles of Yin and Yang and Taoist philosophy and devoted to internal energetic and physical training.

This sculpture was commissioned by the Taiwanese government for the Ban Chow Arts and Sports Centre. Bases on the signature move of Tai Chi it is a symbol of creative, spiritual inspiration.

About the Artist
Commission a Work

Dominique Sutton is an accomplished artist and coach offering local & international art classes & safaris. She can currently be found working & teaching from her Australian based Atelier Byron Bay.